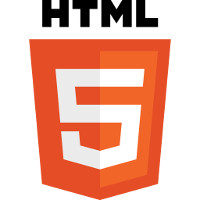 We spent the last weeks working on Mobialia Chess, porting changes from Android to HTML5 (at http://chess.mobialia.com). It also works now for Internet Explorer 10, given that Microsoft added WebGL support, and will most likely work on IOS8 as well, as long as Apple is doing the same for Safari Mobile.

Thus, we released Mobialia Chess 5.0.4 at once for Android and web!

Some features such as Themes, board setup, PGN and speech are available only for the Android version, but all the other options are equally functional in both platforms. Both apps share now the same changelog, and we will do our best to keep the development in sync in the future.

The migration of Mobialia Chess from Android to HTML5 was possible using our open source library GWT_Android_Emu, available at GitHub.

This website uses cookies to improve your experience while you navigate through the website. Out of these, the cookies that are categorized as necessary are stored on your browser as they are essential for the working of basic functionalities of the website. We also use third-party cookies that help us analyze and understand how you use this website. These cookies will be stored in your browser only with your consent. You also have the option to opt-out of these cookies. But opting out of some of these cookies may affect your browsing experience.
Necessary Always Enabled
Necessary cookies are absolutely essential for the website to function properly. This category only includes cookies that ensures basic functionalities and security features of the website. These cookies do not store any personal information.
Non-necessary
Any cookies that may not be particularly necessary for the website to function and is used specifically to collect user personal data via analytics, ads, other embedded contents are termed as non-necessary cookies. It is mandatory to procure user consent prior to running these cookies on your website.
SAVE & ACCEPT